I’m surrounded by people who are approaching 50. That’s cause for celebration. Sadly, a lot of them are overshadowed by the passing of loved ones. In order to celebrate without creating too much of a ruckus, we decided to make a website and put it on a CD-ROM.

My sister-in-law and I pulled no punches, meaning we put a lot of pressure on people to contribute to the site. The result is amazing. A plethora of alternating videos, music, presentations and pictures. Doing a project like this is great fun and doesn’t take too much time. 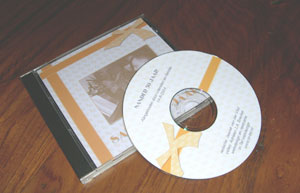 Astrid, my quietest professional carer, had her last day of work today. She took care of me for three years, including other household tasks. Whenever we had forgotten to buy something while grocery shopping, Astrid would know. Even when her shift was almost over, she wouldn’t hesitate to dash to the shop do some last-minute grocery shopping. I’m going to miss her dearly.

My new carers have been doing pretty well, all things considered. They’re all very nice girls and they’ve all grasped the basics. Besides using the bathroom, our most anxiety-inducing activity right now is drinking. In order to drink, I have to bow down, my back included. I always feel so vulnerable in that pose. I can’t talk and am terrified of choking. Thus, I’ve taught them to immediately put me upright once I’m done drinking. Our biggest obstacle, however, is talking. It takes time, and a lot of effort. Sometimes I almost feel like giving up on talking entirely, but that wouldn’t benefit anyone either. So I talk. I say talk, but really it’s mostly spelling and, if that doesn’t work, summing up the alphabet. It’s often a guessing game. It make me feel so helpless. I know I’m hard to comprehend, but some people are just bad guessers. I’ll say “I” and they’ll ask me “M? S?” Or someone thought I was saying “Ow” instead of “L”, leading to her asking me: “Where does it hurt?” Admittedly, my L does sound a bit like I’m saying “ow”. Helpless and frustrated, that’s me. Or I’ll try to say “Kane”, (a band’s name) and my carer writes down “Kan e…”, waiting for me to continue: what letter’s next? Like I wanted a space there. Good luck explaining that. No, that’s where Ward and Floor come into play. I’m glad they’re still home so they can translate for me, because nothing is worse than not being understood. I’ve promised myself that I’ll keep talking, but I’m not having much fun doing it. Tomorrow is their first day of school. Ow.

Floor turned sixteen. From the family, she got a singing game; like karaoke, but it gives you points for how well you sing. I’m a huge fan of karaoke. Once, I sang the first song at a Christmas dinner party at work. I think more than half of the people there felt embarrassed for me. I didn’t, I was having fun and I’m happy Floor is too. She celebrated her birthday with a karaoke night. The boys didn’t really participate, except for Ward. Turns out, Ward likes to sing. And we the whole family sang along. Actually, as I’m writing this, I hear them singing upstairs. 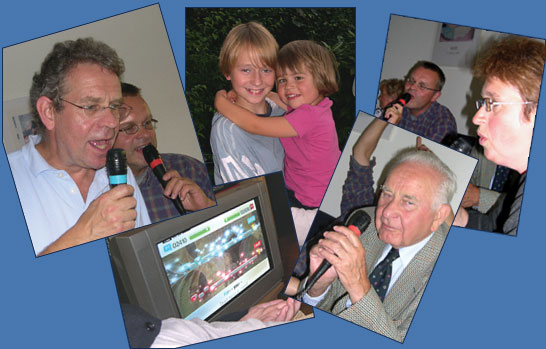 I can’t do much anymore. I live vicariously through others, like stories told by friends and family, or my children having fun (it always makes me smile when they sing karaoke, despite the fact I can’t participate, or the fact that Ward took over my old race bike to go on tours with his dad). Sometimes it’s even surprising to me that that’s enough to get me through the day. How could I, a person who used to be as active as they come, be content in such a passive position, as a spectator? And yet, I am. I’m like a parasite.

Floor went on holiday with four of her friends for a week. Wisely, she told me “if you love me, let me go.” That’s true. I was completely fine with it. In fact, I applaud it. I trust her not to make bad decisions. Let them do their thing, don’t let them settle down just yet. Every day was evaluated. Rows were worked through. Annoyances were discussed. I don’t think I was as introspective at that age. But times have changed. The petty arguments in Big Brother’s House can attest to that.

After a long preparation time, we got the news that construction on our new sunroom would start on the 13th of September (but by now it’s already been delayed to the 20th). We’re not really looking forward to it, but it has to happen. Hein is excited. A large amount of the cost will be subsidised. During autumn we’d like to go on holiday so the builders have an easier time working. We also want to be out of the house to avoid all of the dust and dirt.